The Three Stooges are the Greatest Comedy Team of all time!

The Three Stooges MarqueeThe Three Stooges have entertained millions of fans all around the world for eighty years, and are still going as strong as ever today. With a body of work including over 220 films, personal appearances, stage shows, and continuous play on television every day, The Three Stooges are forever engrained in our culture. C3 is responsible for managing the world rights to The Three Stooges, including film & motion pictures, television, publishing and thousands of licensing and merchandise applications.

Beginning in the late 1920’s, Moses Horowitz (Moe) and his brother Samuel (Shemp) began working in Vaudeville traveling road shows around the country. Soon Larry Fine joined them, and when Shemp decided to go off on his own, Moe’s little brother Jerome joined them to become “Curly.” The rest is history as the trio became “The Three Stooges” and soon went from stage to the Silver Screen. For the next 30 years The Three Stooges starred in over 220 films which became comedy classics and remain immensely popular still today.

Throughout the years, the Stooges sometimes changed as Shemp returned to the group after Curly’s early death. After Shemp passed away, Joe Besser, and later Curly-Joe DeRita played the role of the third Stooge. But the comedy never changed, as The Three Stooges always stayed true to The Three Stooges slapstick style of comedy which made them famous.

The world had never seen physical comedy the way Larry, Moe and Curly did it. The Three Stooges created “Slapstick Comedy” and an entire new genre of comedy and film was born from The Three Stooges unique brand of comedy. Famous Stooge routines, such as the eye poke, the block, slaps, gouges, nose honks, and Curly’s celebrated “Nyuk, Nyuk, Nyuk”, are all part of Stooge lore and the fabulous heritage of The Three Stooges. So much so that the lovable characters of The Three Stooges are a permanent part of our culture and always will be. 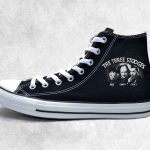 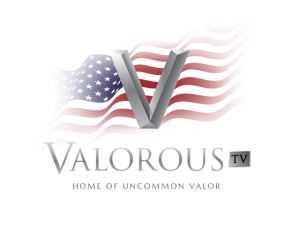