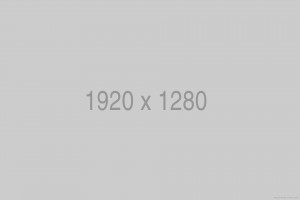 Join host Dave “Curly” Knight as he brings together some of the best work of The Three Stooges. Trace the Stooges from their early beginnings to modern times with rare photos, film clips, and interviews from the archives of Comedy III Productions.

Each episode has been digitally remastered and restored from the original 16mm elements. They look as good as when they were originally broadcast on television back in the 1960’s. The cartoon episodes are being released in chronological order based on original air dates. For the first time ever, the cartoons will also be available on DVD.

This is Three Essential Chapters in The Three Stooges History. For All Stooge Fans, Stooge Scholars & Knuckleheads Everywhere! Includes Family Album, Jerks of All Trades and Kook’s Tour.

Get ready for an advanced course in Stooge-ology with this first-time collection of historical Stooge hits featuring Larry, Moe, Curly, Shemp and Curly Joe. You get their four classic shorts plus these outrageous Stooge rarities…plus a big slap of Stooge movie trailers, television commercials and more.

The classic comedy troupe and all their legendary laughs are brought together in this collection of some of their funniest moments on film. You’ll delight in the antics of America’s favorite Stooges and chuckle to their cinematic capers.

Legend Films, under license from C3 Entertainment, Inc. is producing and distributing four classic Three Stooges shorts on DVD in full color for the first time! These classic episodes include Larry, Moe, Curly and Shemp performing the comedy that made them famous. The shorts are Disorder In The Court, Brideless Groom, Sing A Song Of Six Pants and Malice In The Palace. Also included are introductions to the shorts by ‘The Film Crew’ including Mike Nelson of Mystery Science Theater 3000 and restored versions of the original black & white films.

This collection from the masters of mirth, merriment and mayhem includes The Three Stooges early shorts, movie trailers, TV guest performances and commercials with that unique Three Stooges twist. The set has candid footage from the Family Album documentary and a special bonus disc with 13 cartoon episodes from the Stooges animated adventures. The set also has the feature film Swing Parade Of 1946 from Monogram Pictures with Larry, Moe & Curly co-starring and bringing their antics and mayhem to a musical comedy.