As one of the worlds’ most exciting and innovative illusionists, Michael Grandinetti makes magic charismatic and contemporary giving the ancient art wide, mainstream appeal. Michael stars in the hit CW television series Masters of Illusion. He has performed internationally on television and radio, in stadiums, arenas, casinos, and theaters, with Oscar-winning composers and symphony orchestras, for NFL, NBA, MLB halftime & post game shows and other major sporting events, for Fortune 500 companies, and even at The White House. Just some of Michael’s recent TV appearances include NBC’s The World’s Most Dangerous Magic II and Pop TV’s Don’t Blink. His magic has been featured on the Emmy-nominated FOX series Bones, The Today Show, The Bold and the Beautiful, SportsCenter, and NBA on TNT. In addition, Michael has appeared in Masters of Illusion Live, the largest touring magic production in the world and was one of the headlining performers in Masters of Magic, a large-scale production show which ran nightly for two months at the Grand Sierra Resort. From receiving his first magic set for Christmas as a child to creating magic on a major scale, Grandinetti has made a name for himself as a ground-breaking magician and cutting-edge illusionist. 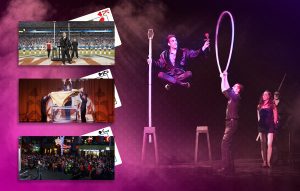 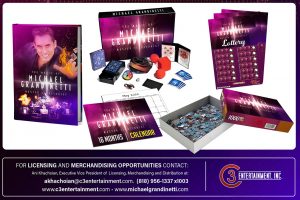