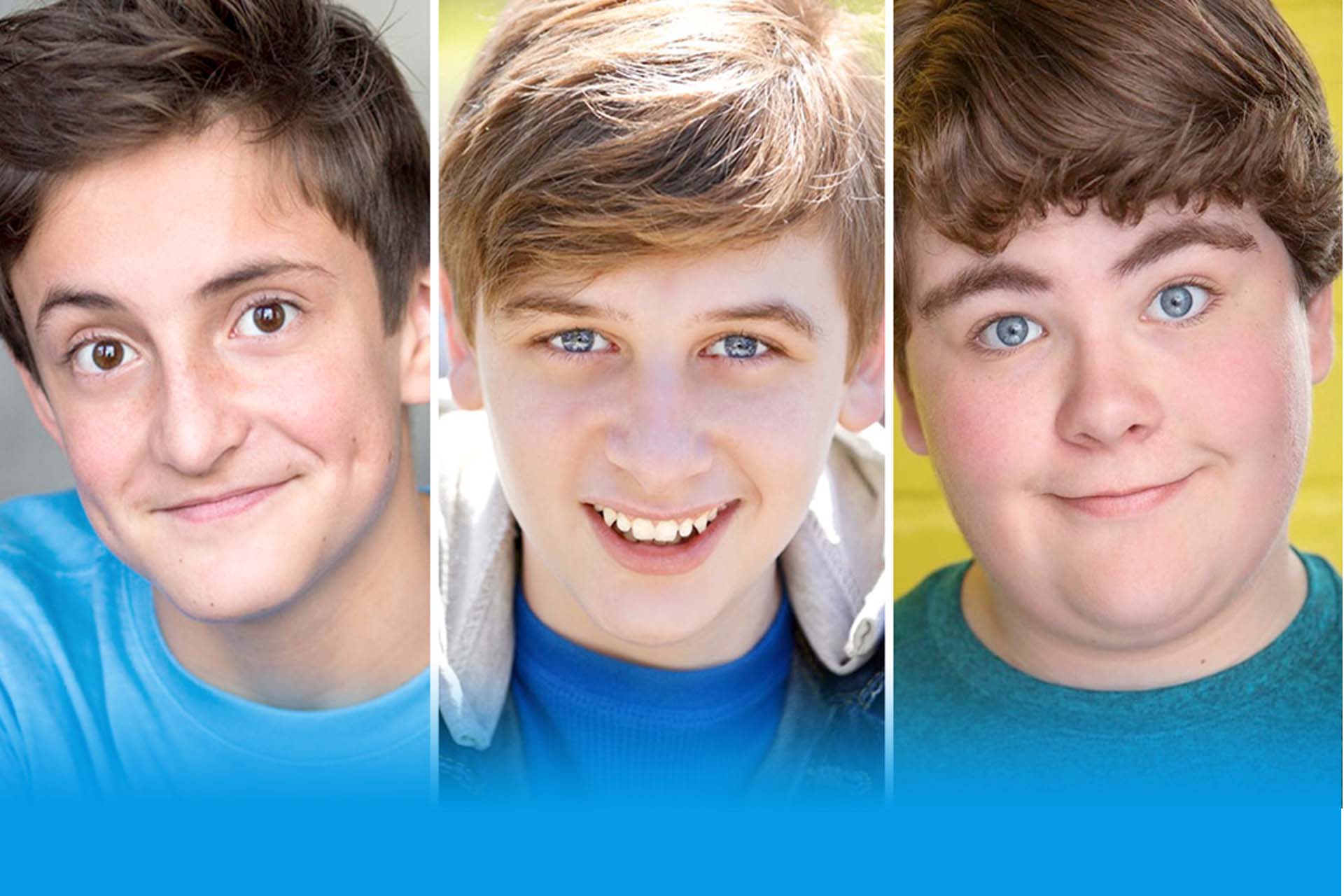 Little Larry, Moe and Curly are back for more wild and crazy antics like only The Three Stooges can deliver. The 12-year-old little maniacs charmed us in the 2012 hit comedy film, The Three Stooges. Now they star in their very own feature film adventure packed with Three Stooges antics and hilarious physical comedy like only the Stooges can deliver. A family film for all ages set in contemporary times. In addition to adult fans, The Three Little Stooges will directly reach over 50 million tweens living in the U.S., who spend an estimated $50 billion annually on entertainment and other related purchases, and influence $150 billion of their parents’ spending.

Little 12-year-old Larry, Moe and Curly are on the loose having fun and making mischief when they runafoul of the law and cause a disaster at the beach. Rather than going to jail, the Judge sends them to an elite private school, Ben Dover Academy. At the poshschool they befriend 12-year-old Izzy, and she tries to help the boys navigate the school, its nasty Headmaster Harriet “Hurricane” Snootley and other students who want them gone.

Although the boys try to succeed at school, others undermine their efforts in order to damage the school. Larry gets a crush on one of the “Glamour Girls,” part of the elite kids at school, who reject the Little Stooges as unworthy of their school. The Little Stooges discover they have become TikTok social media stars, and their newfound fame can be used to bail out the school from the problems they caused. But, in order to do so, they will have to defeat world wrestling champion, Bluto “The Butcher” Bustoff. They meet in a huge media pay per view event for an exciting and dramatic grand finale.