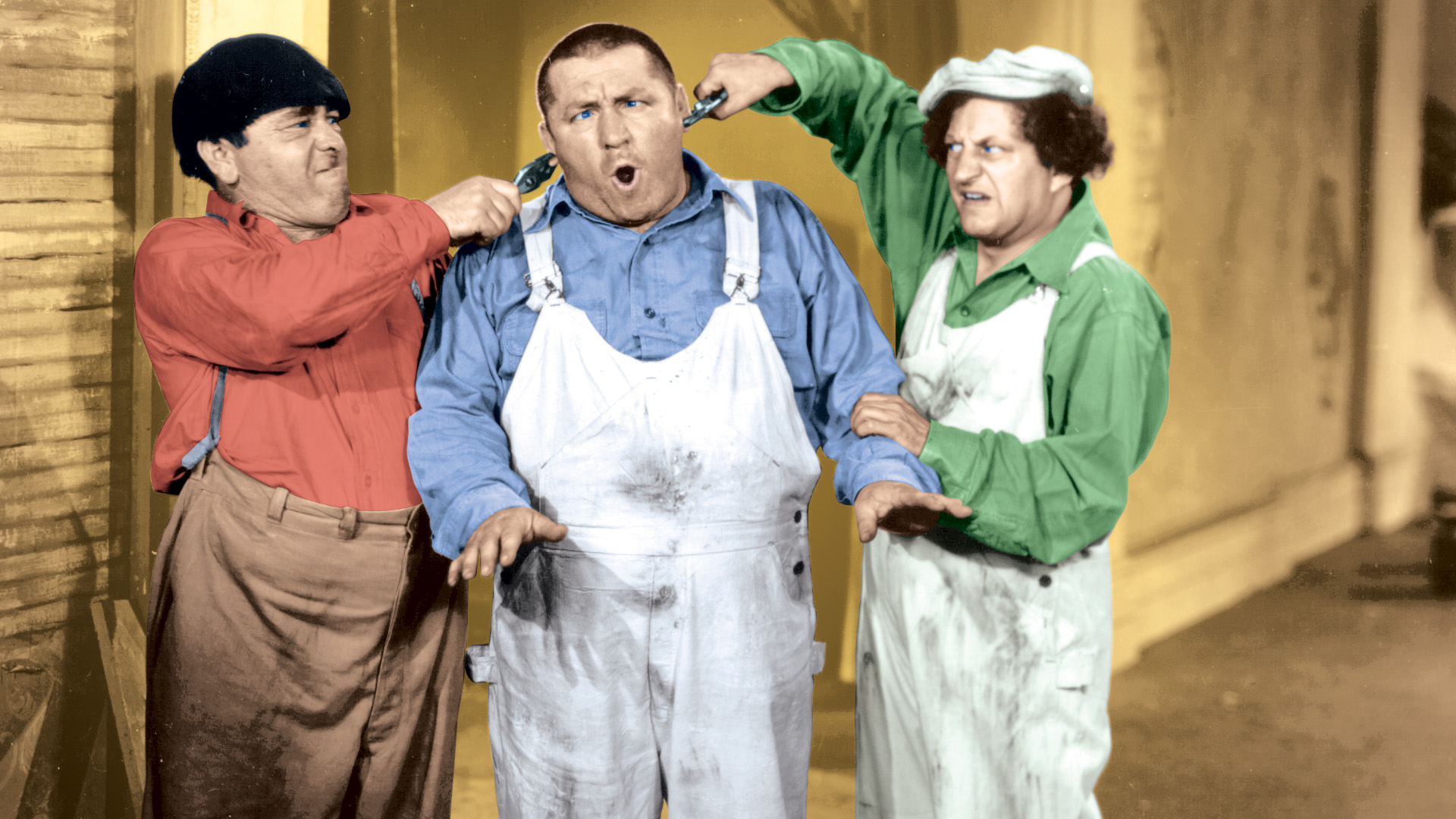 The Monster House design staff works overtime to turn this house into a Three Stooges house, with all the special design elements and accoutrements that Larry, Moe and Curly would use if they were doing the remodel.